With Jobless Aid Set to Lapse, Senate Fails to Agree on Extension 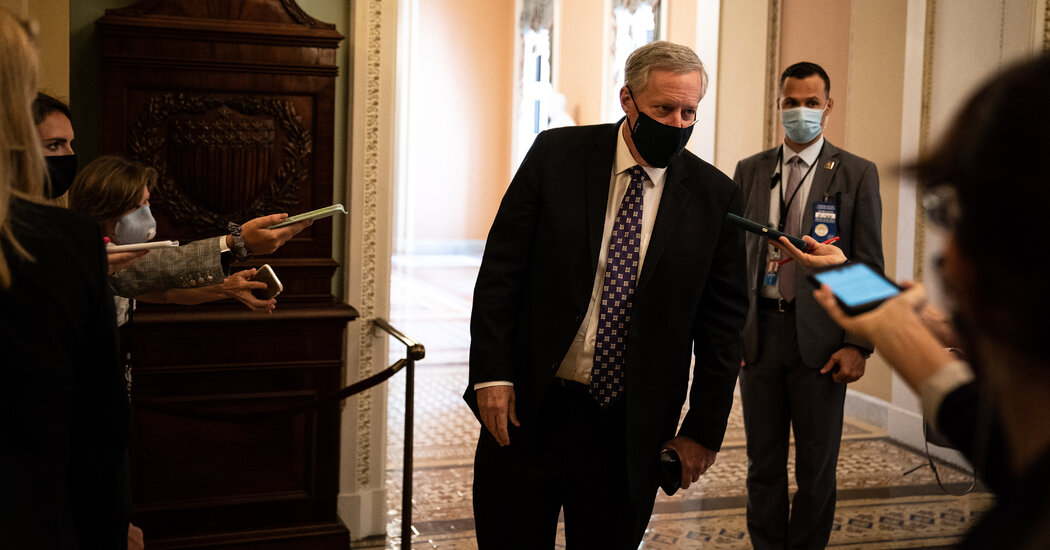 Mr. Meadows said President Trump would support a flat, one-week extension of the $600 benefit in order to buy lawmakers time to negotiate a longer agreement. But Democrats rejected an attempt by Senator Martha McSally, Republican of Arizona, to win approval of such an extension, with Mr. Schumer dismissing the effort as “a stunt” on the Senate floor.

“This is disappointing and a political stunt and a game,” Ms. McSally, who is badly trailing her Democratic opponent in Arizona’s Senate race, shot back. “It’s the minority leader who is against this on his path to try to become the majority leader, and that’s unfortunate.”

Mr. Schumer, his flip phone ringing in his pocket, spent a portion of his day on the Senate floor, swatting last-ditch attempts by Republicans to push through short extensions of the jobless aid and to try to pin the blame on Democrats for blocking them. He responded with a futile and politically loaded tactic of his own: an attempt to win approval of the $3 trillion stimulus package House Democrats passed in May. Republicans blocked that as well, with Senator Mitch McConnell of Kentucky, the majority leader, deriding it as “a totally unserious proposal.”

Comparing negotiations with Republicans to “trying to nail Jell-O to the wall,” Mr. Schumer noted that Mr. McConnell, whose conference remained divided over another relief package, was notably absent from the daily negotiations with administration officials in Ms. Pelosi’s Capitol Hill suite. The time crunch, he said, came because Republicans had “dithered for months” and still had yet to reach agreement on the $1 trillion proposal they had put forward on Monday.

“Get in the room and negotiate a real deal,” Mr. Schumer said. “And stop doing stunts that simply are political, get-it-off-my-back, that you know cannot pass.”

How to make more money when the economy...

Young people shouldn’t look to be the next...

Fed Pledges to Use ‘Full Range of Tools’...

A Big Bang For Hydrogen Truckmaker Nikola As...

The Week in Business: Everyone’s Broke, and Relief...

Coronavirus and Your Money: The Answers to Your...

America’s most expensive high school may have the...