Top Posts
Brooklyn Beckham confirms engagement to actress Nicola Peltz:...
Joe Biden Tries To Clean Up His Fracking...
Even as Covid-19 Looms, an M.L.B. Rookie Is...
Piers Morgan: GMB host pays tribute to Jack...
Rise up: the best books about the power...
Jack Charlton, Soccer Hero in England and Ireland,...
Caught Between Indian and Chinese Troops, at 15,000...
In Latin America, the Pandemic Threatens Equality Like...
Scientists Say You Can Cancel the Noise but...
Fact-Checking Biden on the Coronavirus and His Own...
Home SportsBasketball Stephen Jackson Was Known in the N.B.A. as an Agitator. Now He’s Leading a Movement.
BasketballSports

Stephen Jackson Was Known in the N.B.A. as an Agitator. Now He’s Leading a Movement. 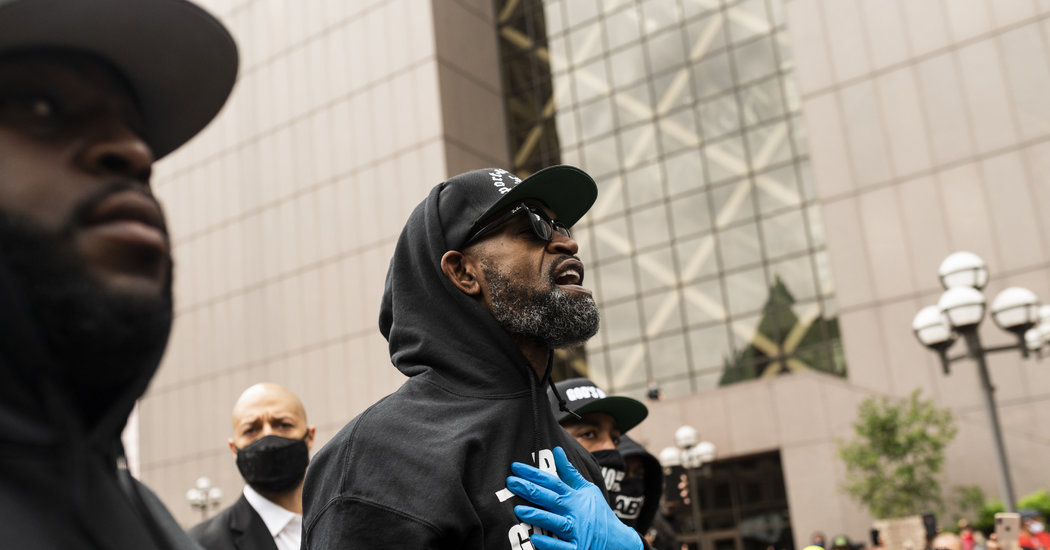 “Some people still connect him with the brawl against the Pistons, which will always happen,” said Matt Barnes, a former N.B.A. player who this season started a podcast with Jackson on Showtime called “All the Smoke.”

“But I’m glad that he’s able to really show the world who he is. It wasn’t something that he asked for. It was a situation that was pretty much put on his plate, and I think the leadership he’s demonstrated and the movement he helped create is going to be the beginning of a change not only for the United States, but hopefully the world.’’

“For 400 years,’’ Barnes added, “we’ve been silently marching and protesting and taking a knee, and that’s fallen upon deaf ears. I think for the first time the world hears us, and Jack has been at the forefront of that movement.”

Jackson, as a result, has received messages and calls of encouragement from an array of N.B.A. luminaries, including LeBron James, Chris Paul and Commissioner Adam Silver. Some of the most uplifting support, Jackson said, came from Golden State Warriors Coach Steve Kerr, his former Spurs teammate, and Minnesota Timberwolves Coach Ryan Saunders.

“To have two white coaches reach out,” Jackson said of Kerr and Saunders, “that meant the world to me.”

Yet no conversation has stayed with Jackson as much as the one he had with the Hardel Sherrell’s mother on his first day in Minneapolis last month. Sherrell died in the Beltrami County jail in Minnesota in 2018 despite complaining of his deteriorating health. Sherrell’s mother, Del Shea Perry, has maintained that her son’s symptoms were ignored for days before his death.

“She was outside crying by herself as we were walking to our protest,” Jackson said. “Every time I speak now I try to bring a light to her son’s death, because her son doesn’t have a Stephen Jackson as a friend. I’m embracing being a voice for the voiceless.”

Amid a Pandemic, Churches Offer Prayer, Hope and Testing

For U.S. Open Tennis, Florida and California May...

Why Morehouse and Clemson Made Different Football Choices

The Games Will Come Back. The Moments We’ll...

Aston Villa, Cup Competitions and the Relativity of...

After Virus Tests, Djokovic Is Criticized for Holding...

The Bumpy Road to Restarting Even Small Sports...

Could a Merger of Men’s and Women’s Tennis...