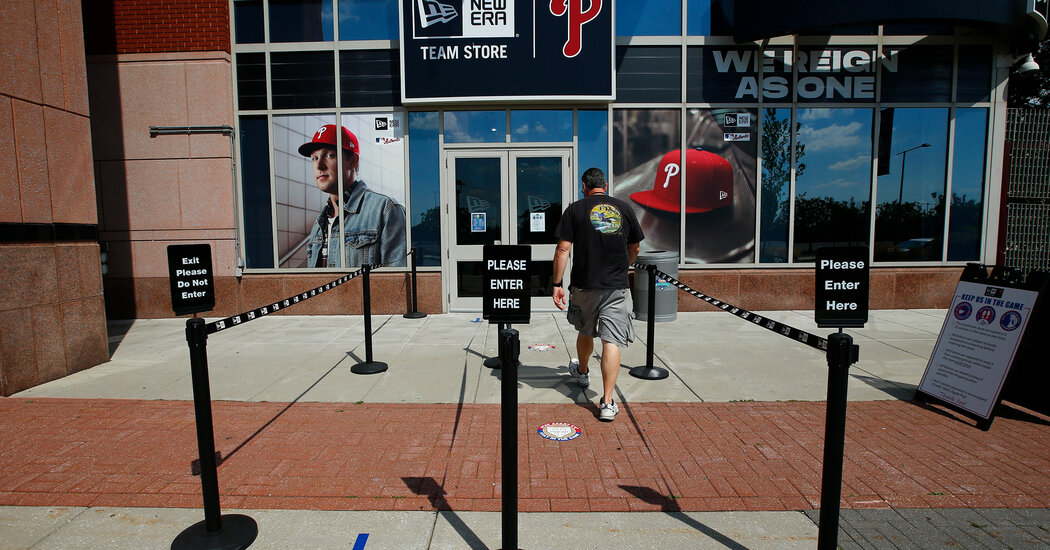 The Philadelphia Phillies will not play their scheduled games this weekend after a coach and a clubhouse attendant received positive test results for the coronavirus on Thursday. The Phillies had been scheduled to play a doubleheader with the Toronto Blue Jays on Saturday in Philadelphia and another game on Sunday, but the positive tests caused the team to shut down their stadium, Citizens Bank Park, for baseball activity.

“Our plans right now are to stay put and let M.L.B. work through whatever they’re working through, and then they’re going to let us know what’s our next step,” Toronto Manager Charlie Montoyo told reporters on Thursday, before the Blue Jays’ game in Washington. “But we’re not going to Philadelphia. Those games have been postponed.”

The postponements make the Phillies the second team, with the Miami Marlins, to be forced to miss a full week of action because of the pandemic. The Marlins, who played three games in Philadelphia last weekend, have had 19 positive tests for the coronavirus within their traveling party, including 17 players.

The team has remained in isolation in Philadelphia while undergoing testing and treatment. No Phillies players are known to have tested positive since the season began.

The Nationals and the Blue Jays, who were scheduled to play the Marlins and the Phillies this weekend, are now officially idle — though, considering the Yankees/Orioles precedent, it stands to reason that they could end up playing each other.

What’s up with Kodak? – The New York Times

Some Sports May Have to Skip This Year,...

Maria Sharapova’s Future: Architecture and Candy, but Not...

Fathers, Sons and Soccer: Reflections on the Family...