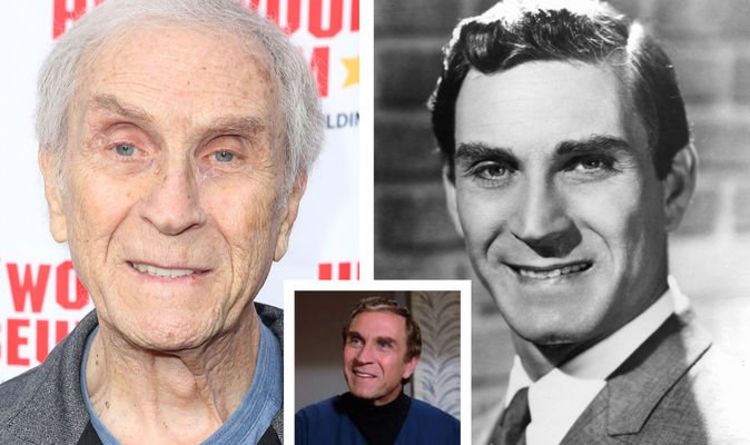 Three’s Company and Dynasty actor Peter Mark Richman has reportedly died on Thursday morning in California, according to numerous US news outlets. He was 93-years-old.

Deadline, who first broke the news of the TV legend’s passing, reported that his cause of death was “natural causes”.

The actor, who has over a whopping 130 television credits to his name including Star Trek: The Next Generation, was born in Philadelphia before travelling to New York in the 1950s to make a name for himself in the acting world.

Stepping out on Broadway, he soon became recognised after appearing in A Hatful of Rain and Masquerade, as well as featuring in over 400 performances of Edward Albee’s The Zoo Story.

His first film credit was in 1956’s Friendly Persuasion.

Following that, he made appearances in Black Orchid, The Strange One, The Naked Gun ​2 1⁄2: The Smell of Fear and Friday the 13th Part VIII: Jason Takes Manhattan.

But he is perhaps best known for his recurring roles on Three’s Company as the Reverend Snow and on Beverly Hills 90210, as well as costarring roles on Dynasty and Longstreet.

Alongside acting, Rickman was an author and an accomplished painter, who has 17 critically acclaimed one-man exhibitions.

Taking to Twitter, one said: “RIP Peter Mark Richman aka our favorite yellow-cardiganed superspy, the Agent From H.A.R.M.”

“Very sad news. A terrific actor and brought his A game to everything he did and in part 8 he did a great job. RIP,” another commemorated.

A third praised his contribution to the industry: “Peter Mark Richman was the quintessential ‘that guy!’ actor, a reliable television mainstay through the ’60s, ’70s, and ’80s.”

“Sad to hear of actor Peter Mark Richman’s passing. He always made for a good heel whether in Friday The 13th, Part VIII: Jason Takes Manhattan or that Star Trek season one finale. I heard he was a really good guy, too,” a fourth wrote.

10 Classical Concerts to Stream in February