Opinion | Why Did Kim Jong-un’s Sister Become the Face of North Korea? 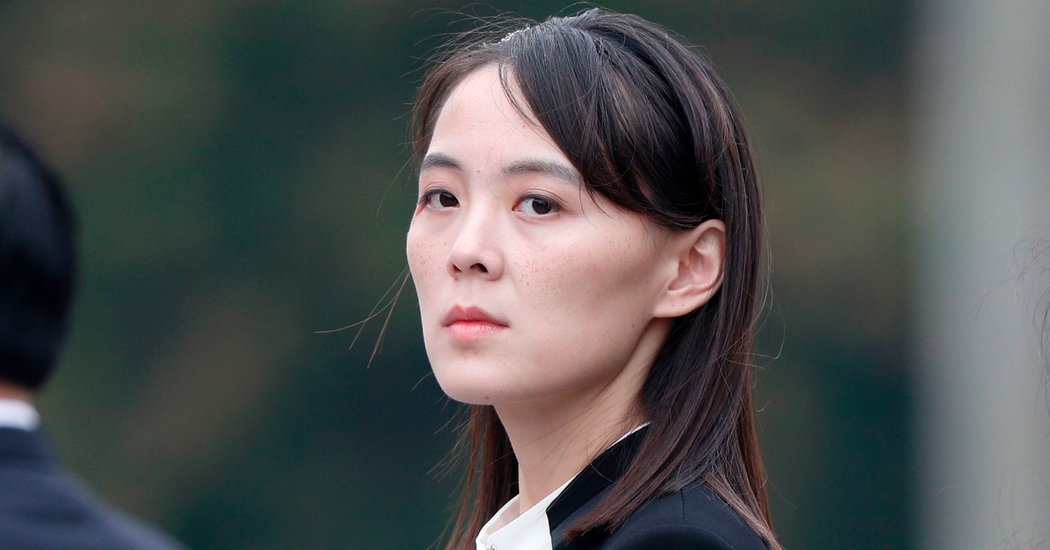 Kim Pyong-il, a half brother of Kim Jong-il’s, having long lived in semi-exile in Eastern Europe, is treated more like a distant relative than as a core member of the Kim clan’s rarefied “Mount Paektu bloodline.” At best, he is to be watched and contained. At worst, his life, like the lives of another uncle and a half brother of Kim Jong-un’s, could prove precarious and short.

Kim Yo-jong appears to be the sole viable torchbearer today.

For decades, North Korea’s leaders have cleverly constructed an image of weirdness. They project buffoonish bellicosity, for example, so they can peddle any dialing down later as progress, a breakthrough, a concession.

Diversion and psychological manipulation are fixtures of Pyongyang’s diplomatic playbook. Now the advent of Kim Yo-jong may offer the regime a chance to exploit, among other things, Mr. Trump’s sexism for tactical gain — and this whether she plays hardball or the part of gentle charmer.

Thursday marked the anniversary of the beginning of the Korean War in 1950, which was triggered by the North’s invasion of the South. Some of us expected Pyongyang to commemorate the day with some military provocation. It didn’t, but something like that almost surely is in the offing.

Expect a goad, a jab, one outrage or another, certainly some challenge ahead of the election in the United States — anything to throw off Mr. Trump, beleaguered as he is by the pandemic, mass protests and a historic economic crisis. And don’t be surprised if Kim Yo-jong delivers it.

Sung-Yoon Lee is the Kim Koo-Korea Foundation Professor of Korean Studies and Assistant Professor at the Fletcher School of Law and Diplomacy, Tufts University. @sungyoonlee1.

Horses and Reporting in the Field

Government Seeks to Halt Release of Noncitizen Who...

There’s a Reason Trump Is Fighting Hard for...

The Government Is Ready to Reopen. Its Citizens...