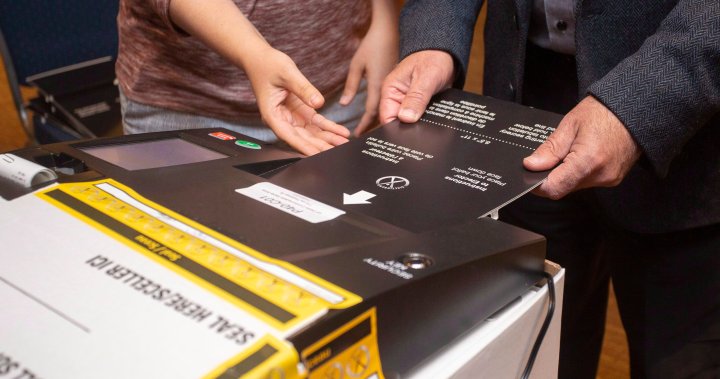 New Brunswick Premier Blaine Higgs isn’t dispelling rumours of a provincial election call, but he said Wednesday it would not come this week.

Higgs said he still hasn’t decided if he’ll hold three possible byelections by mid-October or send New Brunswickers to the polls in a general election.

The premier – who was elected with a minority in 2018 – repeated he doesn’t want an election but said he needs to ensure stability in New Brunswick as the province recovers from the impacts of COVID-19 and a possible second wave of the pandemic.

“We’re going to be faced with a lot of challenges. We’ve only seen the tip of the iceberg up to this point,” Higgs told reporters in Fredericton Wednesday.

“As our economy starts to ramp up, as we see our schools get back in service, and a second wave potentially, it’s how do we manage that in a stable environment so we can move on? How do we get in that position?”

Election speculation has been rampant for weeks and has resurfaced this week because the ruling Progressive Conservatives are holding a caucus meeting and have scheduled Higgs’ nomination meeting this Saturday.

1:43N.B. opposition parties say it’s not the right time to go to the polls

N.B. opposition parties say it’s not the right time to go to the polls

Higgs said all but three of his party’s nominations are set, and he doesn’t know the intentions of those final three members. That could play a role in his decision to trigger an election.

There are currently 20 Progressive Conservatives in the legislature, 20 Liberals, three People’s Alliance members, three Greens, one Independent, and two vacancies.

Two of the potential byelections for October are to fill vacancies in the ridings of St. Croix and Shediac Bay-Dieppe following the death of Progressive Conservative Greg Thompson and the resignation of Liberal Brian Gallant.

The third would be to fill the seat of Bruce Northrup in Sussex-Fundy-St. Martins. He remains in office but has said he wants to retire this fall.

Kim Poffenroth, the province’s chief electoral officer, has said she has already spent more than a million dollars to prepare for a potential provincial election during the COVID-19 pandemic.

The money has gone towards securing personal protection equipment, cleaning supplies, hand sanitizer, additional posters and a larger than usual supply of material for mail-in ballots.

She said another $250,000 has been allotted to hire extra staff for the returning offices.

In the event of an election, Poffenroth said a media campaign will be launched to encourage voters to use advance polls and mail-in ballots to avoid large crowds in polling stations.

This report by The Canadian Press was first published Aug. 5, 2020.

‘The Lost Pianos of Siberia,’ and the Lost Individuals Who Played Them

Stream These 12 Movies Before They Leave Netflix This Month

Trudeau to speak with opposition leaders on upcoming...

The heavy hand of this national security law...