Madeleine Albright on Covid-19, Fascism and Her Dream Superhero Team 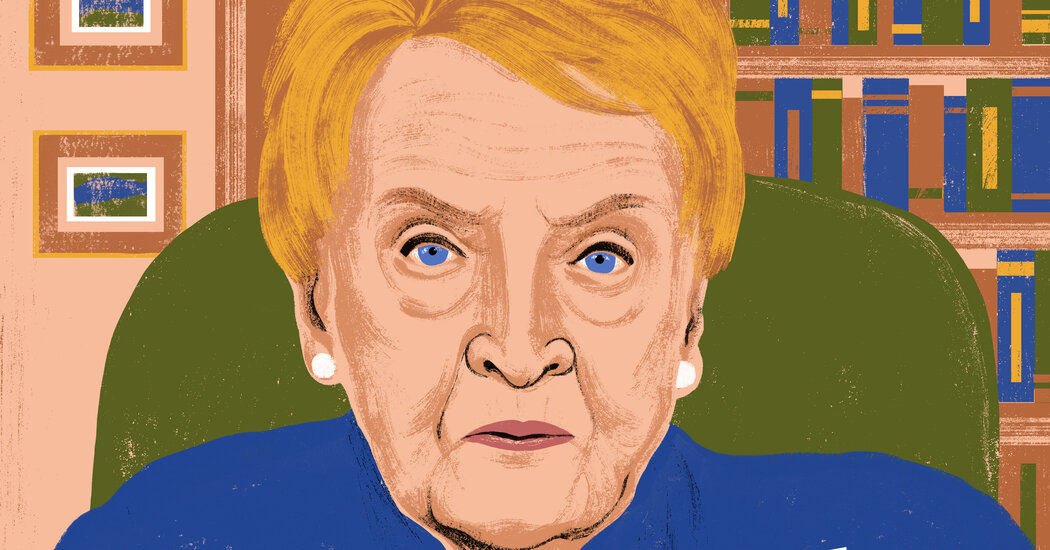 Fascism comes in initially because there are problems, and then X leader takes advantage of it to make divisions worse, saying it’s the fault of our neighbors or a group of refugees or any number of different aspects. The part that’s interesting is both Mussolini and Hitler came to power constitutionally. And some of the leaders of the countries that are going through this now were also elected.

How do we restore faith in democratic institutions?

I think it is going to be hard work. We are in one of the most crucial periods that I’ve ever seen — and I’m old and I’ve seen a lot of very serious problems, like World War II and communism taking over. I don’t think we’re going to go back to something. We need to develop a system that is able to deal with the fact that there’s been a breakdown in the social contract. People gave up a lot of individual rights in the 18th and 19th centuries in order to have a relationship with a government that is supposed to provide services and listen to what they have to say. That contract has been stressed.

There does have to be some centralized aspect. People are very nervous because of their privacy, and some people don’t want to be told what to do. I do think that we have to be very careful. There needs to be some international way of trying to figure out the rules. What are the rules for the use of information? Where does privacy come in? This requires having conversations where people trust each other, instead of thinking that they’re on opposite sides.

What needs to happen to build a better world, post-Covid?

We need a recognition that things are different, that we are dealing with problems that require international cooperation.

I would make sure we talk to people with whom we disagree and try to understand where they’re coming from, not just tolerate them, but figure out what is motivating them.

If you were able to assemble an Avengers-style dream team to come in and fix the world right now, who would be on that team?

Well, it certainly would be a female team. Without naming names, I would really try to look for women who are in office, both in the executive and legislative branch. I would try to have a female C.E.O., but also somebody who heads up a nongovernmental organization. You don’t want everybody that’s exactly the same. Oh, and I’m about to do a program for the National Democratic Institute with Angelina Jolie, and she made the most amazing movie about what was going on in Bosnia, so I would want her on my team.

Titans of Tech Testify in Their Trust-Me Suits

‘You have to take action’: one hospital cleaner’s...

Wave of New Polling Suggests an Erosion of...

On Politics: An Eye Toward Opening for Business

The UK social media platform where neo-Nazis can...