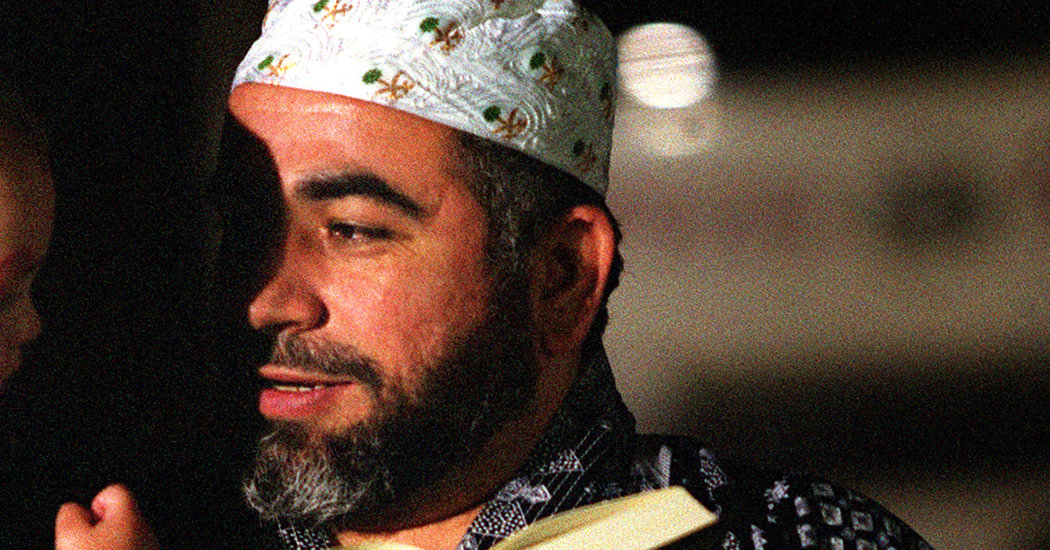 This article was produced in partnership with the Pulitzer Center on Crisis Reporting.

WASHINGTON — A federal judge in Rochester, N.Y., on Monday rejected a Trump administration effort to use the Patriot Act to indefinitely detain a stateless Palestinian man after he completed a 15-year prison sentence for sending support to Islamic militants in the 1990s.

United States District Judge Elizabeth A. Wolford gave the Immigration and Customs Enforcement service until Thursday to free the man, Adham A. Hassoun, 58, from the Buffalo Federal Detention Facility in Batavia, N.Y. She ordered six months of supervised release at the home of his sister, with an ankle monitor and other restrictions, including not associating with known terrorists or extremists.

The American Civil Liberties Union, which took part in the court challenge to Mr. Hassoun’s continued imprisonment, declared the decision a rebuff of a claim of executive authority gained after the Sept. 11 attacks. The government sought to invoke a never-before-used administrative provision of the Patriot Act to declare Mr. Hassoun a “danger to national security” and hold him indefinitely in a migrant detention center upon completion of his prison sentence.

In her 43-page decision, Judge Wolford said the government failed to prove that Mr. Hassoun would be a danger in the future.

Mr. Hassoun was convicted of providing material support for terrorism in 2007 as a co-defendant of Jose Padilla, an American citizen convicted in a conspiracy to help Islamic jihadists abroad. With pretrial detention and two years off for good behavior, he completed his sentence in 2017 and was designated for deportation.

But the government found no place to send Mr. Hassoun, who was born in Lebanon as a stateless Palestinian, and has lived in the United States for three decades, having resided in Florida before his prison term.

So the Trump administration invoked post-9/11 administrative authority and declared him a national security risk destined for indefinite detention in an immigration prison, with no plans or destination for deportation.

A team of civil liberties, immigrants rights and public interest lawyers challenged his detention through a habeas corpus petition that asked Judge Wolford to review the authority of the government to indefinitely detain a migrant under the Patriot Act.

Justice Department lawyers initially sought to argue that Mr. Hassoun was a danger — and ultimately claim the government’s authority to invoke the clause in the Patriot Act — through the testimony of a jailhouse informant who offered accounts of conversations he had with Mr. Hassoun.

But as the case was headed to trial, the informant’s accounts were discredited and Justice Department lawyers withdrew them. That left the judge with no evidence on the question of whether he posed a danger.

In ordering Mr. Hassoun’s release, Judge Wolford rejected the authority of the government to detain him indefinitely “based on the executive branch’s say-so.” The judge said the case demonstrated that the government’s position “cannot withstand constitutional scrutiny.”

Mr. Hassoun’s lawyer, Jonathan Hafetz, a senior staff attorney at the A.C.L.U., said the case illustrated the potential dangers of the Patriot Act.

Mr. Hassoun, a former computer programmer, was swept up in federal raids after the Sept. 11 attacks as the F.B.I. and immigration authorities looked for Muslims with sympathies for jihadist causes. He had sent support to Muslims militants embroiled in conflicts in places like Bosnia, Kosovo and Chechnya.

“If there hadn’t been a judge and a fair process, he would have been kept in prison for the rest of his life based on lies,” Mr. Hafetz said. “In America, we don’t punish people twice for the same crime. That’s what the government tried to do.”

In the short term, Mr. Hassoun will join his sister in Florida, where he has other family, Mr. Hafetz said. It will be up to the Justice Department to decide whether and how to appeal the decision, with the U.S. Court of Appeals for the District of Columbia Circuit being one possible venue.

Courts have upheld presidential authority to indefinitely detain suspected Qaeda and Taliban members or associates captured abroad as war prisoners at Guantánamo Bay, Cuba, but there are two key distinctions in the case of Mr. Hassoun.

First, he was arrested in the United States, and tried, convicted and served his sentence before the administration sought to hold him indefinitely in a U.S. detention center.

Also, Guantánamo prisoners are entitled to challenge the basis of their administrative detention in federal court through habeas corpus. The Trump administration argued the authority to hold Mr. Hassoun indefinitely was strictly a regulatory one.

Why Most Americans Support the Protests

A Conservative Court and Trump’s Own Appointees Declare...

The Allegation Is Against Joe Biden, but the...

Trump Says He Will Create a Statuary Park...