John J. Mooney, an Inventor of the Catalytic Converter, Dies at 90 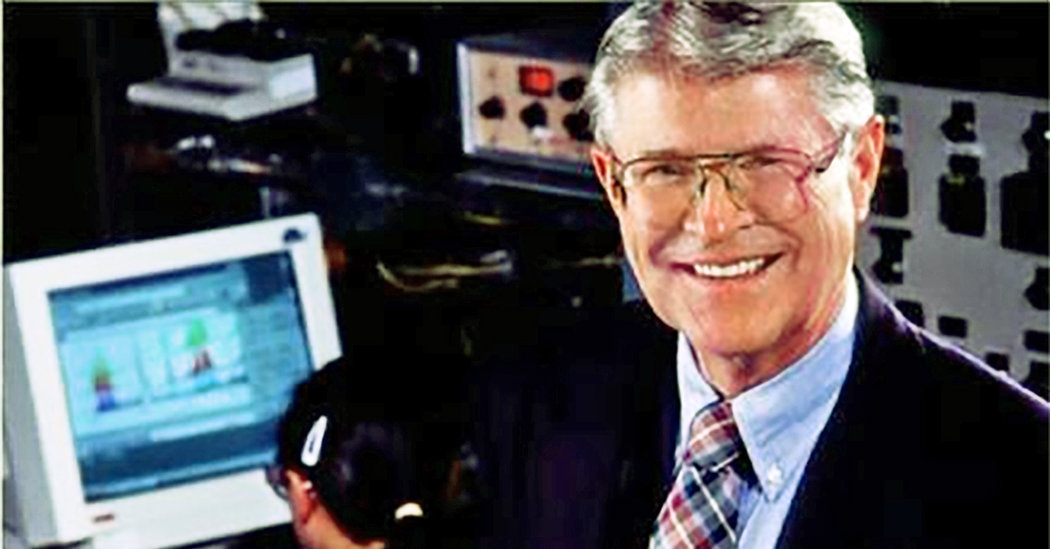 John J. Mooney, an inventor of the catalytic converter, the small and ubiquitous device that makes the engines that power everything from cars to lawn mowers less polluting and more fuel efficient, died on June 16 at his home in Wyckoff, N.J. He was 90.

The cause was complications of a stroke, his daughter Elizabeth Mooney Convery said.

Mr. Mooney was a high school graduate working as a clerk at a gas company when his colleagues encouraged him to pursue a college education. After earning a bachelor’s degree and two master’s degrees, he went on to receive 17 patents during his 43-year career with the Englehard Corporation in Iselin, N.J. (now the Catalyst Division of the German chemical manufacturer BASF).

Among them was the three-way catalytic converter, which has been described by the Society of Automotive Engineers as among the 10 most important innovations in the history of the automobile.

The Environmental Protection Agency has estimated that tailpipe emissions from the newest passenger cars, sport utility vehicles, trucks and buses generate about 99 percent less smog-producing exhaust and soot than those from the 1970 models did.

Development of catalytic converters was spurred by federal regulations that mandated the production of gasoline without lead, which greatly impaired the effectiveness of existing antipollution devices. While early converters were able to reduce emissions of carbon monoxide and hydrocarbons, the 1970 Clean Air Act imposed limits on another pollutant, nitrogen oxides.

Mr. Mooney and Carl D. Keith, a chemist, collaborating with their Englehard colleagues Antonio Eleazar and Phillip Messina, successfully experimented on a 1973 Volvo station wagon to create a catalytic converter that reduced all three kinds of emission.

Simply put, the device filtered the exhaust through tiny passages in a ceramic honeycomb coated with a combination of various oxides, platinum and rhodium. It was introduced on assembly lines in 1976.

Installing a computerized feedback link to the converter resulted in fuel savings upward of 12 percent. Similar technology was later applied to an array of devices, including mining equipment, motorcycles and wood stoves.

Mr. Mooney’s most recent patent, in 1993, was awarded for a converter that reduced emissions from chain saws and leaf blowers by up to 40 percent while improving fuel efficiency.

Joel Bloom, the president of the New Jersey Institute of Technology, said in a recent statement that Mr. Mooney, a 1960 graduate, was “a brilliant engineer, a trailblazing inventor and an esteemed mentor to many.”

John Joseph Mooney was born on April 6, 1930, in Paterson, N.J., to Denis Mooney, a lineman for Public Service Electric & Gas, and Mary (Hegarty) Mooney, a nurse.

He went to work for PSE & G after high school (“I was basically a clerk,” he said) but then enrolled in Seton Hall University, where he earned a bachelor of science degree in chemistry.

After serving in the Army at the Enewetak Atoll atomic testing site in the Pacific, he earned a master’s in chemical engineering from the Newark College of Engineering (now the New Jersey Institute of Technology) and, later, a master’s in marketing from Fairleigh Dickinson University.

“Although I liked my chemistry courses well enough, I’ve always had a practical bent,” he once said. “I like to make things happen, and that’s what engineers do — they take the basic science and make things happen.”

In 1960 he joined Englehard, where he initiated a process to produce hydrogen from liquid ammonia, which enabled the Air Force to inflate weather balloons more efficiently.

In 2002, Mr. Mooney and Mr. Keith received the National Medal of Technology and Innovation from President George W. Bush for their “incredible impact in curbing smog and eliminating some of the most damaging side effects of the internal combustion engine on the environment and on human life.” In 2014, Mr. Mooney was awarded the Science and Technology Medal by the Research & Development Council of New Jersey.

As president of the Environmental and Energy Technology and Policy Institute, Mr. Mooney worked with the United Nations to encourage African countries to ban leaded gasoline.

He retired from Engelhard in 2003.

“He is one of a very few individuals that can claim to have made contributions to the automotive industry that led to saving the lives of millions and extending the lives of countless more with cleaner air around the world,” Rasto Brezny, executive director of the Manufacturers of Emission Controls Association, which Mr. Mooney once headed, said by email.

Mr. Mooney had, his daughter Elizabeth said, “an engineering mind.”

“He would say, ‘If you don’t think there’s a solution, then you just haven’t asked the right questions.’”

Amid Pandemic, N.Y.C. Likely to Freeze, but Not...

$250,000 Homes in Vermont, Minnesota and Pennsylvania

House Hunting in Slovenia: Tucked Into the Trees...

Driving and Travel Restrictions Across the United States

How to File a Noise Complaint

How to finally start an online business that...

Kevin O’Leary advice to a family arguing over...

The Decade Dominated by the Ultraluxury Condo