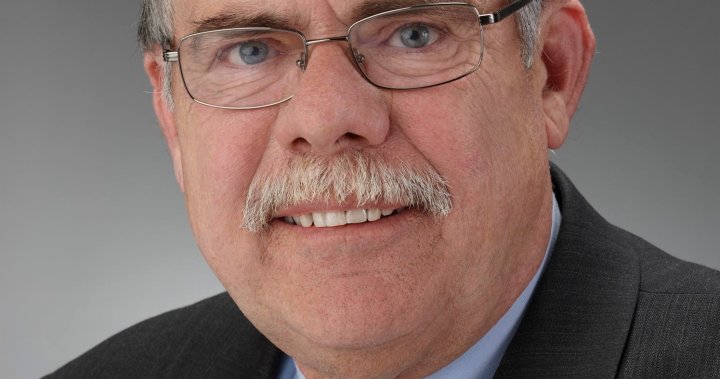 Peterborough County councillors sided with continuity for the next two years to wrap up this term of council.

“The next two years will be a challenge (due to the ongoing coronavirus pandemic) and we will meet that challenge,” Jones said.  “Again, thank you for your support.  Let’s get to work.”

Jones has been warden for the better part of the last decade, minus one two-year term from 2016 to 2018, where he was defeated by current Otonabee-South Monaghan mayor Joe Taylor.

He was elected to Douro-Dummer Township council as a councillor in 1997, before being elected as reeve in 2016.

“Your trust and your belief in the concept of continuity and stability, as we enter our final two years, is appreciated,” Jones said to council following his victory.  “I salute councillor McFadden.  His words and his actions demonstrate his willingness to move the county in a positive direction.”

Jones noted the pandemic has changed how the county operates and does business.

For example, the vote on Wednesday was held by email during a 15-minute recess of the virtual session.

“For the first time in my many terms on council, I’m seeing a real coordination between staff and council, designed to make things easier and better for everyone,” Jones said.  “Let’s use the next two years to not only deal with the pandemic, but to also make everything about Peterborough County a little bit better.”

He also asked council to work together rather than pull in opposite directions.

“We need to be able to disagree without being disagreeable.  We need to operate transparently and make decisions together while showing respect for each other.”

Jones touted his work on the Eastern Ontario Wardens’ Caucus (EOWC) and its work with the Eastern Ontario Regional Network (EORN) on a billion dollar proposal to expand high-speed, broadband internet to most rural residents in this part of the province.

“My work with EOWC and EORN is another critical role I take seriously,”  Jones said.  “As we speak, our desire and proven method to get high-speed internet to everyone in eastern Ontario, is a priority.”

“The residents of the county need and deserve proper connectivity.  We cannot lose this fight and we cannot afford to not do it.”

Prior to the vote, each candidate had five minutes to address their fellow councillors and ask for their support.

McFadden pointed to the fact the area has the highest unemployment rate and laid out a plan where he and whoever he would’ve appointed as deputy warden would meet regularly with Peterborough mayor Diane Therrien as well as the three MPPs and MPs that represent Peterborough County.

McFadden said he would meet with each county councillor within the next two weeks to identify their priorities over the final two years of the term.

He also said he would work on timely and effective transparent communication.

“Status quo won’t resolve our local issues and status quo is not the message our residents want to hear from their leaders and it’s not the message that we, as county council, want to deliver to them,” McFadden told council.

“In his years as Peterborough County warden, J. Murray Jones has been a determined advocate on behalf of our shared constituents,” Monsef stated.

“I look forward to continue working with Warden Jones on files that are of particular interest to our rural residents.”

“Putting your name on a ballot takes a tremendous amount of courage.  I applaud both of you for your passion to serve our communities.”

The final tally of votes was not disclosed.

Why We Love Bad Christmas Movies

Highlights of Trump’s Call With the Georgia Secretary...

South Korea Will Send Delegation to Iran Over...

Can Conservative Media Still Return to Business as...