How the U.S. Turned Iraq Into a Kleptocracy 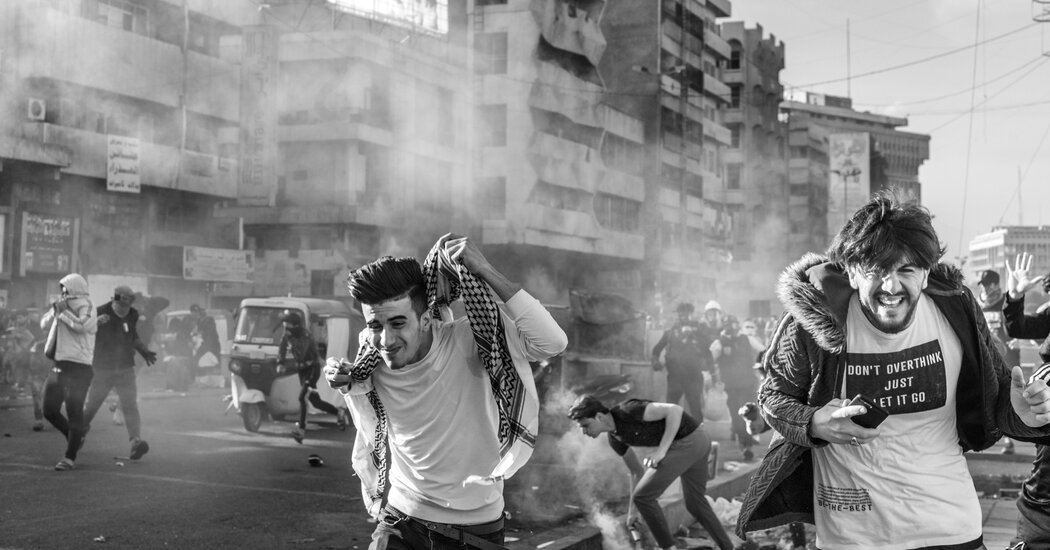 Iraqi political life may look like gang warfare to outsiders, but on most days its turbulent surface conceals a calm and cheerful business of looting. At every government ministry, the biggest spoils are allocated by unwritten agreement to one faction or another. The Sadrists have the Health Ministry, the Badr Organization has long had the Interior Ministry and the Oil Ministry belongs to Al-Hikma. Newcomers sometimes have trouble adjusting to this state of affairs. One former cabinet minister — a technocrat who spent decades abroad — discovered, on arriving in his post, that his ministry was procuring vaccines with a $92 million contract. He found another way to buy the same vaccines for less than $15 million. “Once I did this, I faced a great deal of resistance, a fierce campaign against me,” he told me. His priority was addressing the gap between Iraq’s oil wealth and its devastated health system, which lacks access to many basic medicines. To his opponents, the only imperative was their own and their party’s interests. The minister eventually decided that these two philosophies were irreconcilable, and he resigned. (Like most of the people I spoke to for this article, he spoke on condition that I not use his name. Corruption is the third rail of Iraqi politics: Touching it can easily get you or your relatives killed.)

The political bosses who preside over this graft are well known; some are staunch American allies. The Barzani and Talabani families of Kurdistan have used their control over that region’s contracts and its central bank to become immensely rich. Maliki and his ring of powerful cronies still loom over the Iraqi political scene. Moktada al-Sadr, the mercurial Shiite cleric, is another godfather figure whose followers are notorious for demanding hefty kickbacks. This system should have received a jolt in 2014, when its depredations led directly to the country’s near-takeover by ISIS. Instead, the main consequence was the rise of a new breed of parasite: the militias who helped defeat ISIS, known collectively as the Hashd al-Shaabi, or the Popular Mobilization Forces. The Hashd is a loose confederation of armed groups, some of which have been around for decades. In 2016, Prime Minister Haider al-Abadi recognized them as part of the country’s security sector, and they now receive regular salaries just as soldiers and police officers do.

Among the most powerful is Kataib Hezbollah. It was accused of mounting an attack on an Iraqi air base in December that killed an American contractor and led to the assassination of Suleimani — its ultimate patron — a week later. Despite its high profile, it is surrounded by mystery. “We know almost nothing about the leadership,” says Michael Knights, an analyst at the Washington Institute for Near East Policy who has tracked the group since its founding. “It’s like the Masons. You can be in it and be in another movement at the same time.” It has built an economic empire, partly by forcing its way into legitimate businesses and government contracts.

Among the militia’s least-known and most troubling ventures has been its gradual assertion of control over the Baghdad airport. It started several years ago, when Kataib Hezbollah and another Iranian-backed militia called Asaib Ahl al-Haq began stealthily placing workers loyal to them throughout the airport, according to a senior airport official I spoke with. They were also able to get G4S, a British company that has a long-term contract for security at the airport, to hire their people, he said. (G4S did not respond to requests for comment.) As a result, the two militias now have access to all the airport’s CCTV cameras and to a limited-access road called Kilometer One that connects the runways to the airport perimeter, bypassing the security barriers, the official told me. (When Qassim Suleimani and his entourage were struck by an American drone in January, they had just come off this road.) The militias’ efforts became more aggressive about a year ago, the official told me, when its members held the Baghdad airport’s director of civil aviation at gunpoint and forced him to hire a man loyal to them as his nominal deputy. In late October, a Kataib Hezbollah front company received a 12-year contract at the Baghdad and Basra airports, worth tens of millions of dollars a year, even though the firm — the blandly named Gulf corporation — was only two months old and did not have the necessary accreditation or licensing and its founder had been barred from the airport. The contract has since been terminated, but the company that took over the V.I.P. terminal and hotel from Hussein Laqees remains in place.

The Baghdad airport is just one of the economic gateways that the militias now control. They have used the ISIS threat to install themselves at most of the country’s land borders. And the militias have dominated much of the trade through Iraq’s southern seaports for more than a decade. In effect, the militias operate a shadow state, charging importers higher fees in exchange for expedited processing and delivery. They have economic committees with offices in Baghdad, where private companies can make deals that brazenly circumvent the country’s legal channels. “For example, if I’m bringing 100 cars in from Dubai, if I do the legal process it might take two months to clear,” the airport official told me. “If I pay Kataib Hezbollah, say, $10,000 to $15,000, it might take only two days.”

The cash that has fueled Iraq’s descent into kleptocracy originates, for the most part, from a heavily guarded Federal Reserve compound in East Rutherford, N.J. There, every month or so, a truck is loaded with more than 10 tons of plastic-wrapped U.S. currency, a haul worth $1 billion to $2 billion. The money is then driven to an Air Force base and flown to Baghdad. It belongs to the Iraqi government, which routes the proceeds of its oil sales through an account at the New York Federal Reserve. This unusual arrangement is a legacy of the U.S. occupation, when America directly controlled the Iraqi government and its finances. It has remained in place because it suits both sides: The Iraqis get quick, preferential access to dollars, and the United States retains tremendous leverage over Iraq’s economy. Ostensibly, the periodic dollar shipments (a small part of the country’s overall oil revenue) are to meet the needs of Iraqi exchange houses and importers, who require hard cash. In practice, many of the dollars have found their way into the hands of money launderers, terrorist groups and Iran’s Revolutionary Guards, thanks to a little-known ritual run by the central bank of Iraq: the “dollar auction.”

Fed meeting could provide fresh clues on how policymakers see the economy.

Biden Reveals Allies Who Will Help Pick a...