Top Posts
Amitabh Bachchan, Bollywood Star, Says He Has Coronavirus
Emmerdale spoilers: Matty Barton killed as he uncovers...
Bartering Child’s Dress for Food: Life in Lebanon’s...
Trump vs. the Women Who Lead Michigan: A...
An Evangelist for Remote Work Sees the Rest...
‘Perry Mason’ Season 1, Episode 4 Recap:
‘Action Park’ Looks Back in Amusement and Terror
Weight loss: Emmerdale star Laura Norton ditched sugar...
‘We Didn’t Want to Sit Idle’: A Rush...
Outspoken Chinese Professor Is Said to Be Released...
Home FinanceAutomobile How a BMW and a Truck Full of Leather Shoes Helped Me Get to America
AutomobileFinance 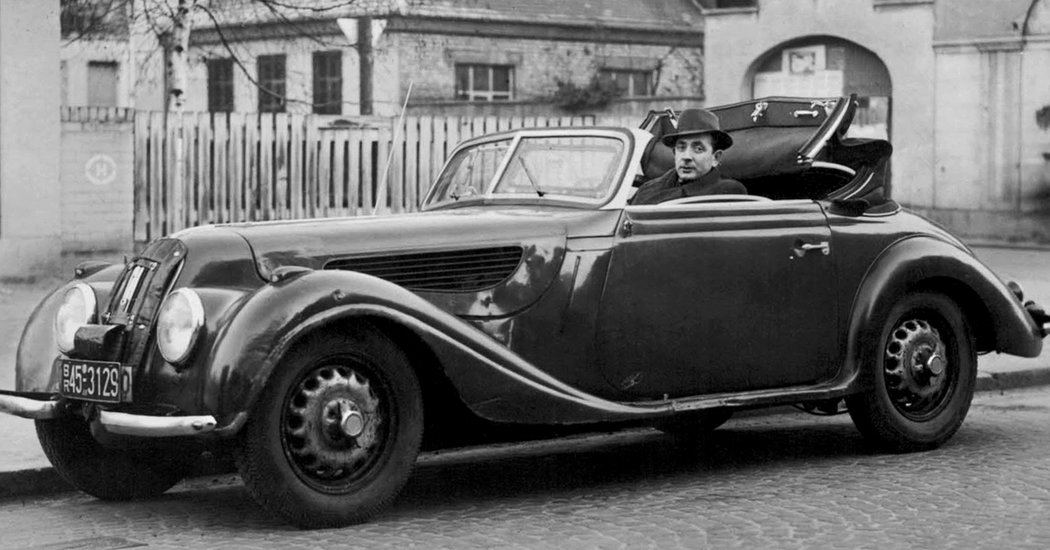 Reunited, my father and I went to Germany to look for others who survived, to look for Dora. We hopped a train that arrived in the Soviet side of Berlin, where I tossed my army jacket and got some civilian clothes. Then we made our way to Frankfurt, where there was a D.P. camp, and finally to another one in Lampertheim, where we heard that Dora was. But I had a longer-term plan: to move to America. Where else was there to go?

In the camp, trading was survival, even though it wasn’t permitted by the authorities. Earning money meant I’d have a chance of starting over in the States. In those times, there were no universal prices, so my intuition was my business. One day, I saw a man driving a convertible on the street in Lampertheim, a BMW coupe. Oh, this was a good car. I made a deal — I paid him 1,000 American dollars for it. I was told people with cars paid the police to look away, so I did.

A German shoe factory owner who heard about the BMW approached me and offered me a truck full of leather shoes, maybe a thousand pairs, for the car. On a Saturday afternoon, he parked his truck on a side street, and I had buyers set up on site to take the merchandise, but one of the camp police — a man named Ostrowiecki — found out about the trade and tried to stop it. I had to wrestle him to the ground while the manufacturer unloaded the shoes. Ostrowiecki told the chief of police and wanted to arrest me, but the chief was friendly with me, so he said, “You know what? Give him some shoes, and we’ll forget about it.” The police weren’t bad. Everyone just wanted to earn something because they had their own plans to start over.

In our three years in Lampertheim, I had saved up enough cash to start a new life, a good life. In 1949, Dora, our toddler son, my father and I got papers and boarded a boat to America. At first, we settled in Kansas City, Mo., where we had relatives, and the first business I opened was a grocery store.

Later, we moved to Forest Hills, Queens, and there, Ostrowiecki and I played cards together. Imagine my surprise when we became neighbors in another country.

Its Defenses Undone by a Virus, France Seeks Lessons From a Lost War

It’s America’s Bluest House Seat. How Is This Man a Top Contender?

Why Kevin O'Leary would have said no to...

Manhattan apartment contracts fall over 80% in May,...

Suze Orman reacts to a millennial living on...

Trump and Biden Will Fight the Election With...

The Week in Business: Ready or Not, Here...

How much a Harvard degree costs if you...

Unilever Decides One Headquarters Is Better Than Two