How 8 Countries Have Tried to Keep Artists Afloat During Panemic 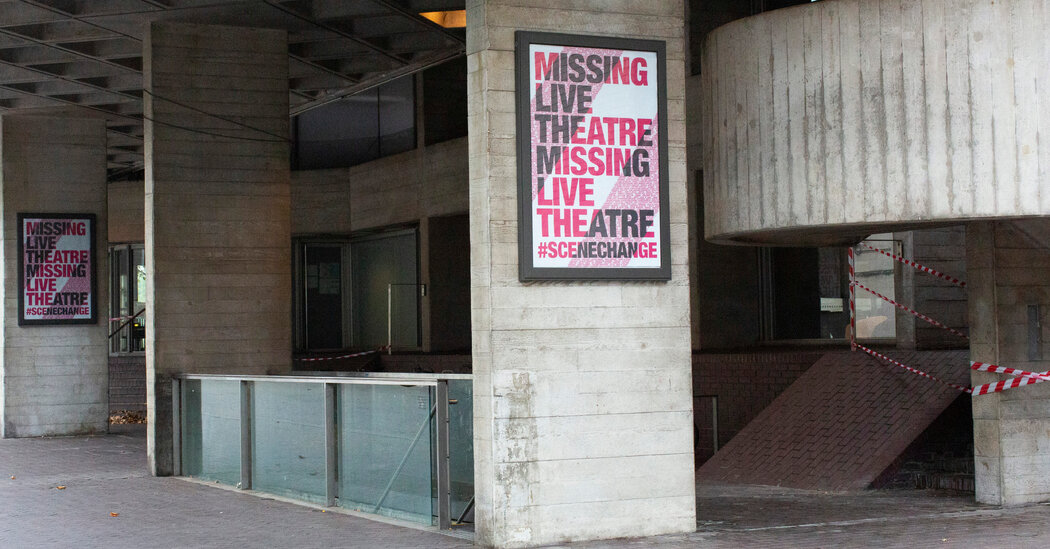 In December, owners and operators of theaters and music halls across the United States breathed a sigh of relief when Congress passed the latest coronavirus aid package, which finally set aside $15 billion to help desperate cultural venues. But that came more than six months after a host of other countries had taken steps to buffer the strain of the pandemic on the arts and artists. Here are the highlights, and missteps, from eight countries’ efforts.

President Emmanuel Macron of France was one of the first world leaders to act to help freelance workers in the arts. The country has long had a special unemployment system for performing artists that recognizes the seasonality of such work and helps even out freelancers’ pay during fallow stretches. In May, Mr. Macron removed a minimum requirement of hours worked for those who had previously qualified for the aid. He also set up government insurance for TV and film shoots to deal with the threat of closure caused by the pandemic. Other countries, including Britain, quickly copied the move.

Germany’s cultural life has always been heavily subsidized, something that insulated many arts institutions from the pandemic’s impact. But in June, the government announced a $1.2 billion fund to get cultural life restarted, including money directed to such projects as helping venues upgrade their ventilation systems. And more assistance is on the way. Germany’s finance ministry intends to launch two new funds: one to pay a bonus to organizers of smaller cultural events (those intended for up to a few hundred people), so they can be profitable even with social distancing, and another to provide insurance for larger events (for several thousand attendees) to mitigate the risk of cancellation. Germany is not the first to implement such measures; Austria introduced event insurance in January.

In July, the British government announced a cultural bailout package worth about $2.1 billion — money that saved thousands of theaters, comedy clubs and music venues from closure. In December, several major institutions, including the National Theater and the Royal Shakespeare Company, were also given long-term loans under the package. Even with the help, there have already been around 4,000 layoffs at British museums alone, and more in other sectors.

European cultural aid hasn’t been enacted without controversy. In November, Poland announced recipients of a $100 million fund meant to compensate dance, music and theater companies for earnings lost because of restrictions during the pandemic. But the plan was immediately attacked by some news outlets for giving money to “the famous and rich,” including pop stars and their management. The complaints prompted the culture minister to announce an urgent review of all payments, but the government ultimately defended them, and made only minor changes.

As with many actions related to the pandemic, New Zealand moved quickly. In May, the government announced it would spend about $268 million in aid to the arts over four years — a sizable amount for a country with a population of five million. The government’s cultural recovery plan had a perhaps surprising focus on musicians, with a $3.5 million fund to help bands tour nationwide, a response to the loss of opportunities to play abroad, and so far 51 artists have received money from it. Thanks to the country’s grip on cases, bands have been able to perform without social distancing measures since June.

Though South Africa’s coronavirus relief efforts have so far been among the biggest in Africa, they have also been dogged by allegations of corruption and mismanagement. Still, the government has provided small payments to arts workers, including freelancers, above existing unemployment benefits. A plan for actors and musicians that began last summer provided a one-time payment of about $449. And in November, the country launched a similar initiative that offered up to about $1,000 to people who make crafts and those who work behind the scenes in theaters and on film sets.

South Korea never experienced a full-fledged lockdown in the spring, as it took other measures to quickly control the spread of the virus. As a result, cultural life rapidly returned to a semblance of normality (a production of “The Phantom of the Opera” in Seoul closed for just three weeks). But South Korea’s government still provided some $280 million in support to cultural institutions.

The economic relief package will issue payments of $600 and distribute a federal unemployment benefit of $300 for at least 10 weeks. Find more about the measure and what’s in it for you. For details on how to get assistance, check out our Hub for Help.

One slice of that was used to help movie theaters and the release of Korean films. Several times last year, the government provided half-price movie tickets to encourage audiences to return to theaters, causing a fivefold surge in attendance. But with a recent jump in Covid-19 cases and official calls for people to stay home, movie theaters are again in trouble and have called for financial help.

New kinds of aid have meant new bureaucratic headaches in some countries. In June, Brazil’s government passed the Aldir Blanc law — named after a songwriter who died of Covid-19 — that provided about $560 million to support cultural institutions and workers. The money was meant to begin paying out in September, but many cities did not have the necessary offices or know how to distribute money to those in need. The authorities estimate that only about 40 percent of the money had been spent by a December deadline.

Ellen DeGeneres Opens Up About COVID-19 Battle: ‘It...

Carol Vorderman breaks down after she revisits step...

Gorka Marquez had doubts about leaving Gemma and...

The Best Movies To Watch On Netflix In...

Arnold Schwarzenegger: ‘Biden Was Successful Because He Appeared...