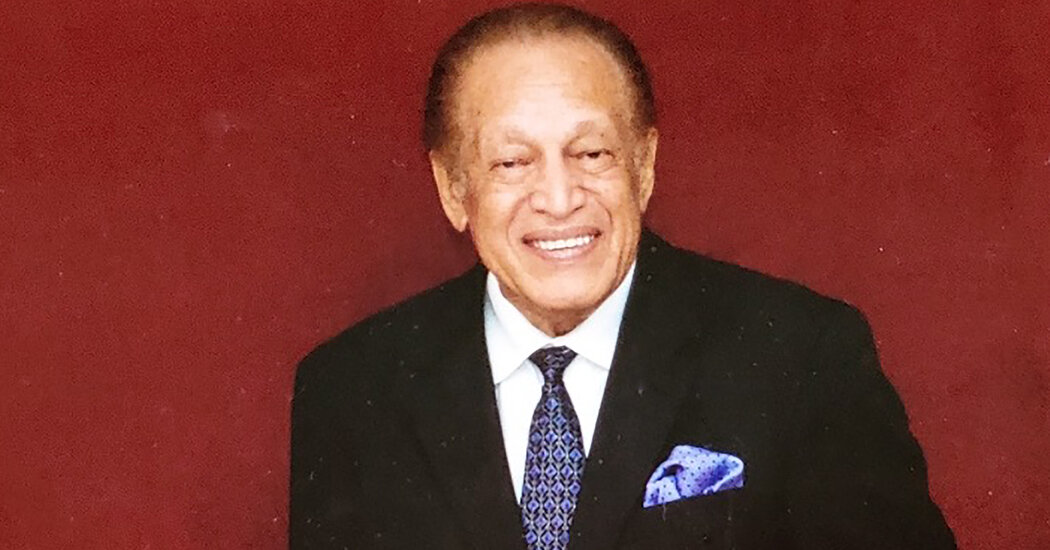 This obituary is part of a series about people who have died in the coronavirus pandemic. Read about others here.

Dobby Dobson, a Jamaican singer and songwriter who had numerous hits — most notably the 1967 ballad “I’m a Loving Pauper,” which both became his signature song and gave him his nickname — died on July 21 in Coral Springs, Fla. He was 78.

His half sister Yasmin Morais said he died, in a hospital, of complications of the novel coronavirus.

Mr. Dobson was “quite a significant figure in the evolution of Jamaican popular music,” David Katz, the author of “Solid Foundation: An Oral History of Reggae” (2003), said in a phone interview.

Although Mr. Dobson was best known for sentimental ballads and cover songs, Mr. Katz said, “If you scratch the surface, you find a diverse output.”

His early success was in a duo with the singer Chuck Josephs; as Chuck and Dobby, they recorded for major producers like Duke Reid and Coxsone Dodd. Beginning in 1960, the pair released a string of hit singles, including “Till the End of Time” and “Do Du Wap,” which mixed American R&B and doo-wop with Jamaica’s emerging ska sound.

Mr. Dobson went on to sing with groups like the Deltas and the Sheiks. But his breakthrough came as a solo act with “I’m a Loving Pauper,” a song he wrote.

With its laid-back feel and syncopated beat, the song typified the popular rocksteady sound, a precursor to reggae. And its message of being poor yet with plenty of love to give resonated with Jamaican audiences.

In 2011, the Jamaican government awarded Mr. Dobson the Order of Distinction for his contributions to Jamaican culture.

Highland Ralph Dobson was born on July 5, 1942, in Kingston. He later said that his mother, Maud (Elliott) Morais, who was a single parent when she raised him, was steadfastly against him singing.

“She was a devout Christian lady and she felt you should spend your time doing your schoolwork,” he said in 2009 in a filmed interview with the filmmaker Tony Watt.

Mr. Dobson defied his mother, he told Mr. Watt, because he “had experienced a taste of the applause” while starring in a play at his primary school with the future actress Madge Sinclair.

After attending the College of Arts, Science and Technology in Kingston, where he earned a degree in marketing, Mr. Dobson held a series of day jobs while pursuing music, including as a proofreader for the Jamaican newspaper The Gleaner and in sales at Colgate Palmolive.

A versatile singer, Mr. Dobson broadened his repertoire in the ’70s to include pop covers like Tom Jones’s “That Wonderful Sound” and the Beatles’ “Carry That Weight.” He sang with the country artist Skeeter Davis and later turned to gospel music when he became a born-again Christian.

Mr. Dobson was also a record producer, working on other artists’ recordings as well as his own. While working at the Federal Records Studio in the mid-’70s, he discovered the vocal group the Meditations. In 1978 he produced the group’s first album, “Message From the Meditations,” which the website AllMusic called “one of the most astounding debuts in Jamaican history.”

In addition to Ms. Morais, his half sister, Mr. Dobson is survived by five sons, a daughter, two other half sisters and four half brothers.

In 1979 Mr. Dobson moved to New York City, where he lived for many years, mainly in Brooklyn and the Bronx, before relocating to Florida in the 2000s. The “Loving Pauper” sold real estate.

But he also continued to record, produce and perform for audiences throughout the United States and the Caribbean, as well as in Toronto and London. He appeared at reggae festivals, in banquet halls, even as a featured act on a “Motion on the Ocean” cruise that departed from Queens.

Alanis Morissette Sings With Daughter Onyx On ‘The Tonight Show’

China Increasingly Walled Off as Countries Seek to...

How the Coronavirus Makes a No-Deal Brexit More...

German Man Is Suspected in Case of Missing...