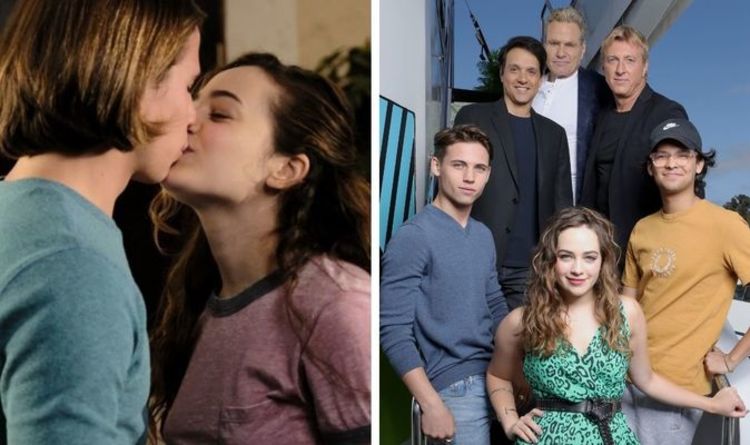 Cobra Kai recently returned to Netflix with its third season set 30 years after the Karate Kid films. The show features a lot of martial arts as well as some blossoming romance, much like the original films. As a result, fans will be wondering if any of the romance transfers off-screen as well and if any of the cast are dating each other.

Are any of the Cobra Kai cast dating?

As fans of Cobra Kai will know, romantic storylines are a big part of the Netflix series.

There have been several explored so far, including the initial romance between Sam LaRusso (played by Mary Mouser) and Miguel Diaz (Xolo Maridueña).

And then there was her later romance with Robby Keene (Tanner Buchanan), which caused some family ructions as well.

Another love triangle was introduced in season three for Johnny Lawrence (William Zabka) as he came face-to-face with a former flame.

She added: “I love watching his character a lot and not being part of the same storyline helps.”

Currently, it doesn’t seem like any of the other cast members are in relationships with each other.

Or if they are, these are not yet in the public eye for fans to know about.

However, many of the cast are in committed relationships and have been for some time.

Lisa Kudrow Could Be Your Right-Wing Nightmare In...

5 Minutes That Will Make You Love the...

Tom Hanks speaks out on 'terrifying' encounter in...

60 Of The Funniest Tweets About Cats And...