Top Posts
Honeycomb recipe: How to make honeycomb
U.S. Retail Data Expected to Show an Increase:...
‘It’s like a war’: beatings and indiscriminate arrests...
Somalia’s Army Told Her to Sew a Skirt....
Kingston: A City Remade by the Coronavirus
45 Tweets About Grocery Shopping In The Age...
A Third of TikTok’s U.S. Users May Be...
Welcome to the Covid-19 Mental Health Struggle
The Japanese Surrender During World War II: A...
How Kate Pierson, of the B-52’s, and Monica...
Home Sports Canceled Tournaments in China Are a Big Blow to Women’s Tennis
SportsTennis 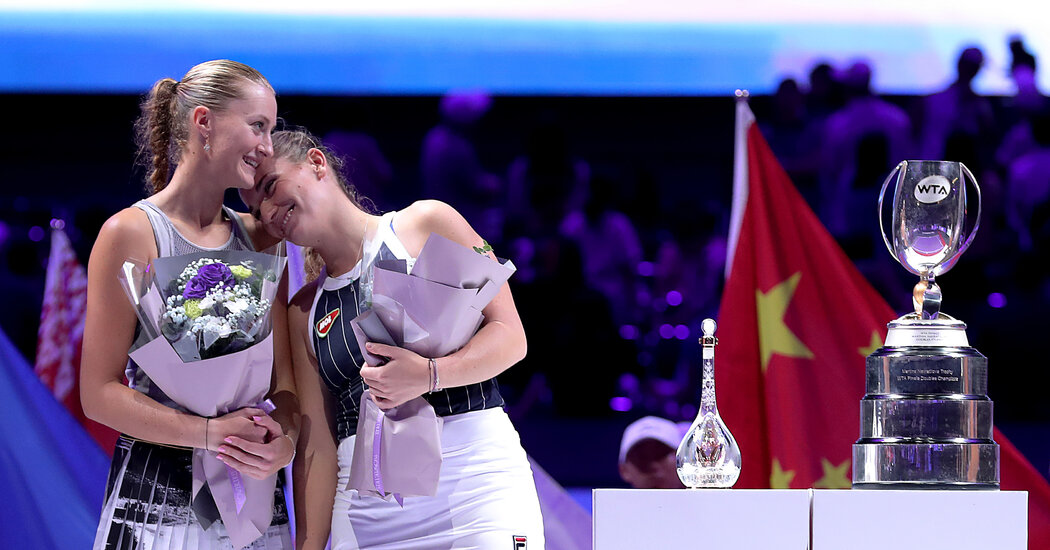 In a season full of foiled plans and economic peril, the WTA Tour suffered its biggest blow on Thursday when it was forced to cancel its remaining tournaments in 2020 in China, including its lucrative tour championships: the WTA Finals in Shenzhen.

The cancellations, confirmed by a tennis official who spoke on condition of anonymity because she was not authorized to speak publicly on the matter, came two weeks after a Chinese government sports agency recommended that the country call off most international sporting events for the remainder of the year because of the coronavirus pandemic.

Steve Simon, the WTA’s chief executive, had expressed hope that China’s government and its tennis officials would allow the tournaments to proceed, just as it was allowing certain winter sports test events to go on ahead of the 2022 Winter Olympics in Beijing.

Negotiations proved unsuccessful, however, and the women’s tour will now have to cancel all seven events scheduled in October and November in China, which has rapidly become one the tour’s major markets and a key source of revenue.

Simon could not immediately be reached for comment on Thursday. But in an interview earlier this month, he spoke about the potential impact of losing the China swing, including the WTA Finals, which provided a record $14 million in prize money in its first year in Shenzhen in 2019 with backing from primary sponsor Shiseido, a Japanese cosmetics company.

“We at the WTA along with all other businesses in the world, whether it’s sport or outside of that, are being challenged financially through these times. We’re no different than anybody else,” Simon said. “If we don’t have the finals, the hole that we have will certainly be bigger and deeper.”

The men’s tennis tour also will be hurt by the cancellation of the China Open in Beijing and the Rolex Shanghai Masters, a top-tier ATP event. Two golf events in Shanghai will be canceled: an L.P.G.A. tournament and the men’s HSBC Champions, a World Golf Championships event. The Shanghai Grand Prix, a Formula One race that was postponed in April, is now not expected to happen in 2020.

But the women’s tennis tour is the international sports organization that will be affected most deeply by China’s decision. The WTA depends on the finals, which bring together the season’s top eight singles players and top eight doubles teams, for a major chunk of its annual revenue. According to Simon, it has no cancellation insurance that would apply in a pandemic.

The WTA has a 10-year deal with Shenzhen, and the city is building a new 12,000-seat stadium to host the finals and other sporting events. Simon has said Shenzhen’s total investment in tennis infrastructure and the WTA Tour would likely amount to more than $1 billion.

Though there have been plenty of shifts in the tennis calendar this year, with the French Open moving its starting date from May to September, Simon described the chances of moving the 2020 finals to another country as “remote.”

“It’s obviously difficult to move an event of that stature,” he said. “We won’t rule anything out. We are looking at alternative plans.”

There is still a chance that the Asian events in Seoul in early October and Tokyo in early November could be maintained, although they are far apart enough on the existing calendar to make it difficult to create a true Asian swing.

The other six Chinese tournaments to be canceled are the China Open in Beijing, the Wuhan Open, the Jiangxi Open in Nanchang, the Zhengzhou Open, the WTA Elite Trophy in Zhuhai and the Guanghzhou Open.

The WTA, which already has cut pay for its top employees during the pandemic and provided some financial relief to players, likely will need to dig into its reserves, which were estimated to be about half of the ATP’s before the pandemic. Under economic pressure, the WTA and ATP have had serious discussions about merging some commercial rights and much more tentative talks about a future merger.

The WTA Tour had total prize money of $179 million in 2019, including the four Grand Slam tournaments. That is up from $86 million in 2009. But this year will mark a big step backward with the tour shut down since March and with the cancellation of the Fed Cup team event and of Wimbledon, which did make some compensatory payouts this month to players who would have competed in the tournament. The United States Open, scheduled for Aug. 31 to Sept. 13 in New York, still has some details uncertain because of questions about quarantine requirements for players who would be heading back to Europe afterward.

The canceled Chinese events alone would have offered approximately $30 million in collective prize money. Losing the WTA Finals this year also could cost the WTA its 2020 rights fee, which has not been disclosed but which Simon has said is significantly more than the approximately $14 million it received annually from the finals’ previous host city of Singapore.

“Women’s tennis can continue to be No. 1 in women’s sports. It just has to get through this pandemic,” said Chris Evert, the former No. 1 who spoke to the WTA players during a conference call earlier this month, urging them to embrace every playing opportunity in this challenging year. “Am I worried? No, but I know they will go through struggles for sure financially.”

London’s West End Comes Out of Lockdown. For an Afternoon.

What Other Countries Can Teach The U.S. About Safely Reopening Schools

Fathers, Sons and Soccer: Reflections on the Family...

Under a Time Crunch, a Chasm Must Be...

Maria Sharapova’s Future: Architecture and Candy, but Not...