Baseball in Empty Stadiums Is Weird. How Will It Affect Outcomes? 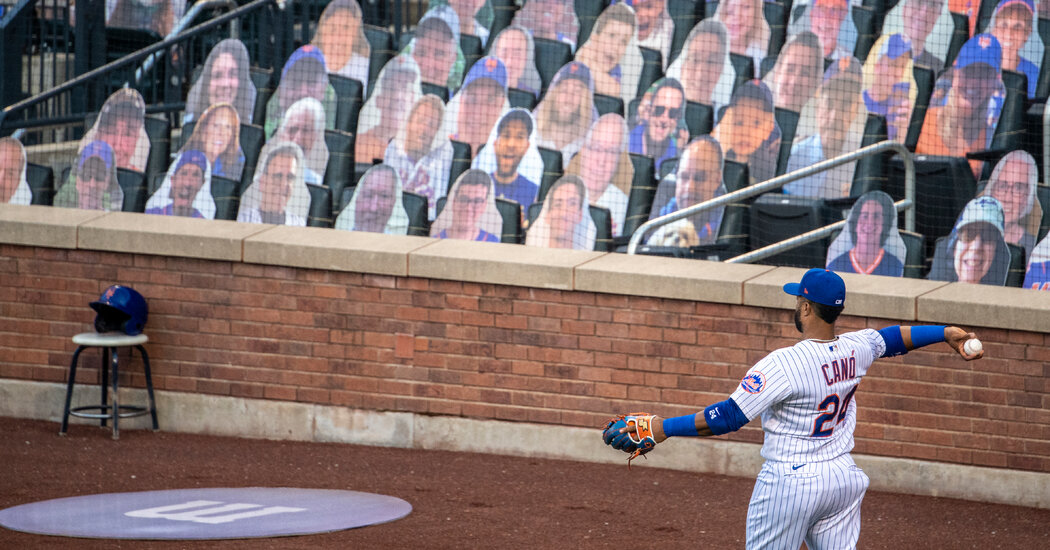 “You have a chance to add another sense to your scouting report,” he said.

How much those slivers of advantage and disadvantage affect things will be hard to quantify; a season of (maybe) 60 games makes for a meager sample size. But in baseball as in other sports, the analytics community has seized on this year as a chance to study a phenomenon that historically belongs more to feeling than to data: home-field advantage.

Across M.L.B., 54 percent of games are won by the home team, an edge popularly traced to umpire bias, crowd influence, the simple comforts of home or some combination of those. Opportunities to eliminate variables have been scarce, until now.

“We’re about to find out what happens when you do take the crowd out of it,” said Jonathan Judge, an analyst for Baseball Prospectus. “Does the crowd really seem to matter very much, or is it just going home to your family every night?”

Voros McCracken, a pioneering analytics expert who also consults for an American League organization, said he suspected that home-field advantage in M.L.B. would be reduced this season.

“The players are human beings, and you get more revved up when people are cheering for you,” he said.

He’ll also be keeping an eye on the pitch-framing statistics from M.L.B.’s Statcast program, which monitor how well catchers are able to “steal” strikes on pitches outside of the zone, as well as walk and strikeout levels. “If the home team is getting fewer benefits in the strike zone,” McCracken said, “that tells us something.”

This new data set arrives unhappily, of course. The Marlins outbreak has concentrated the anxiety lingering around the league, and analysts cut their thoughts on in-game specifics with general hopes for safety.

“I hope all our fans will look at the mental side of this and how challenging it is for our guys,” Floyd, the former Marlins outfielder, said. “That should not be lost.”

The Romans Called it ‘Alexandrian Glass.’ Where Was It Really From?

Patrick Ewing Says He Has Tested Positive for...

Larry Fitzgerald Jr.: This Is Not the Minneapolis...

N.B.A. Ironmen Cling to Routine During the Load...

Despite Virus Spike, N.B.A. Is ‘Very Comfortable’ With...

Woods and Mickelson Set for a Charity Match...

‘Everyone Can Do Better’: Baseball Searches for Blame...