As N.B.A. Teams Arrive at Disney, Focus Turns to Keeping the Virus Out 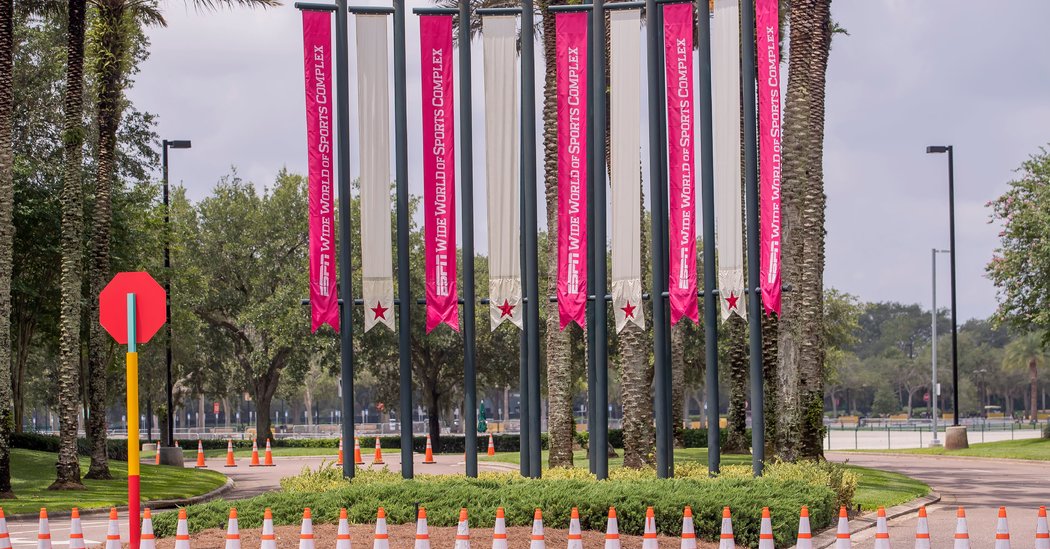 Yet even as the first teams arrived, two more high-profile players were ruled out for the rest of the season on Tuesday: Washington’s Bradley Beal and the Nets’ Spencer Dinwiddie.

Beal’s decision was not a surprise, as he had voiced numerous concerns about safety and the restrictions on players once inside the N.B.A. bubble. He was officially ruled out because of the lingering effects of a shoulder injury, leaving Washington without its three best players: Beal, the injured former All-Star John Wall and Davis Bertans, Washington’s sharpshooting forward who recently announced that he would not play to guard against injury as he enters a potentially lucrative off-season as a free agent.

Dinwiddie, who tested positive for the coronavirus last week and again Monday, has experienced headaches and dizziness. He announced on Twitter that he and the Nets made a joint decision to end his breakout season while he remains symptomatic. Averaging 20.6 points and 6.8 assists per game, Dinwiddie is one of at least five Nets veterans who will be unavailable for the restart, joining Kevin Durant, Kyrie Irving, DeAndre Jordan and Wilson Chandler.

The Nets were in talks Tuesday to sign the veteran center Amir Johnson to replace Jordan, according to two people who were not authorized to discuss the team’s plans publicly. Jordan also tested positive for the coronavirus last week and immediately ruled himself out of the restart. Chandler cited family reasons for not playing; Durant (Achilles’ tendon) and Irving (shoulder) are recovering from injuries.

The uncomfortable reality for the league, at the start of such a pivotal week, is that an increasing number of players have voiced apprehension about the restart, raising concerns that go beyond the coronavirus and injury risk — though the fact that at least seven of the 22 Disney-bound teams over the past two weeks closed their practice facilities at some point because of positive tests surely stoked concerns.

The Nets’ Garrett Temple, a vice president for the National Basketball Players Association, acknowledged in an interview Sunday that there’s considerable player anxiety about the challenges of living and playing on the Disney campus for at least six weeks, and potentially up to three months for the teams that reach the finals.

“I would imagine more than half of the league, of the players that are going, have had second thoughts,” Temple said Sunday, describing his own state as a “nervous anxiousness.”

Weight loss: Woman shrinks from a size 14 to a size 6 by following this simple diet plan

They Celebrated Basketball and a Birthday. Then Came...

Running Past an Olympic Dream

After Virus Tests, Djokovic Is Criticized for Holding...

There’s a Pandemic. Is This a Time for...