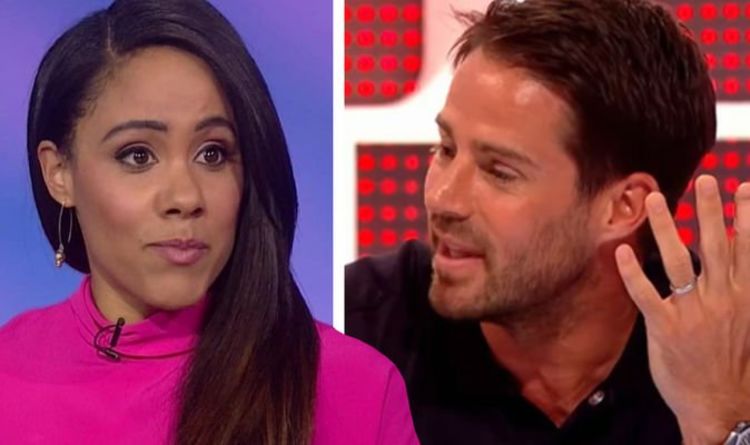 His co-stars were in fits of giggles as Alex put her head in her hands.

Hoping for more of a response, Jamie chuckled: “Come on Kelly, that was meant to be your line,” to which Alex replied: “That’s what that game has done to you.”

Kelly then added: “I’m going to get him a little cup of tea and a sit-down for the next break”.

Later, Alex took to Twitter to share the clip, and this time added a little joke of her own.

Lorraine Kelly brands herself an eejit after on-air...