3-D Printing, a Boon for Racers, Inches Closer for Carmakers 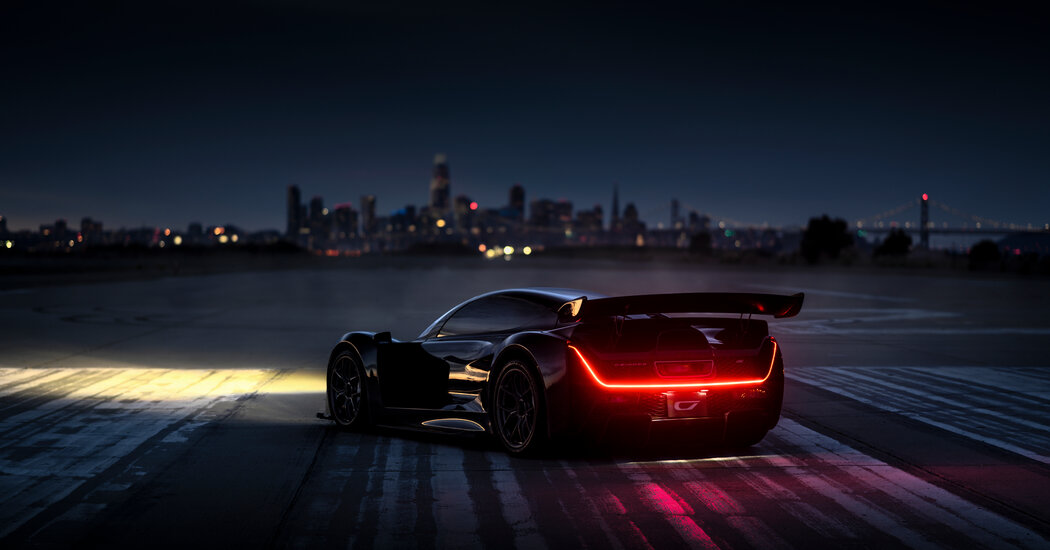 The Belgian racing team Heli had an engine problem. Specifically, under race conditions, the manifold of the four-cylinder turbo diesel in its BMW 1-series exploded, bursting along an ultrasonically welded seam that held together the manifold’s two halves.

The team tried reinforcing the seam. But when the car returned to the track, during the middle of a race there was a familiar bang, a loss of power and a pit stop for a replacement manifold. This did not enhance the team’s record.

To make a substitute manifold through traditional methods, stamping or casting, would be time-consuming and expensive, requiring tooling, molds and weeks to design and manufacture.

In 2018 Heli took the problem to ZiggZagg, a Belgian company that fabricates parts using an HP 3-D printer. ZiggZagg made a digital scan of the two-piece manifold and after 10 hours had a digital blueprint for a stronger, lighter, one-piece manifold. In its first race with the new manifold, printed using what is known as PA 12 nylon, the part held up and Heli took third. That same manifold lasted until the car was retired earlier this year.

The 3-D printing process has quietly proved its worth in racing from Formula One to NASCAR. Teams are secretive about their exact uses of the technology, but they allow that 3-D printing lets them make complex parts that could not be made by other means.

That’s fine for small quantities of exotic parts, but when it came to mass production, stamping, casting or injection-molding have remained cheaper and more practical. However, improvements in 3-D technology now have it poised to arrive on assembly lines where everyday coupes, sedans and hatchbacks are minted.

Volkswagen, one of the few automakers to publicly proclaim its 3-D-printing ambitions, is crash-testing body frame parts it plans to put into its cars by 2023. “For Volkswagen the main strategic goal is to demonstrate the technology is of major use in our real car production,” said Martin Goede, head of technology planning and development for VW.

Additive manufacturing, which is the industry’s umbrella term for different types of 3-D printing, was envisioned in the 1970s, the first printers arrived in the 1980s, and by the 1990s laser “sintering” was used to fuse powdered metals. Now printers can construct parts from a variety of materials such as metals, polymers and ceramics.

The way most of the printers now work is to fuse together powdered material into thin slices that are stacked together to form a shape, much in the way a package of copier paper with each sheet glued into place would make a solid paper block.

Additive manufacturing allows fabricators to build items that couldn’t be built previously, such as parts with honeycomb-like reinforcement in hollow spaces, allowing parts to be lighter, stronger and stiffer.

The other thing it allows is the creation of new alloys. “When you try to create superalloys, they don’t mix,” said Brad Keselowski, who in addition to owning Keselowski Advanced Manufacturing drives the No. 2 Ford Mustang for Team Penske in the NASCAR Cup series. “You melt them in a big pot, and they separate like oil and water.”

But these powdered materials don’t separate. “Powder is like salt and pepper. When you mix salt and pepper, it stays mixed,” he said. “It’s allowing new alloys that simply aren’t possible in other kinds of manufacturing.”

All of this has been a boon to racing. Teams can use computer-aided design to construct digital blueprints of parts that can be printed for use within days rather than weeks, and without creating expensive tooling. The printed parts can be tested on actual vehicles, redesigned and retested, which is valuable because computer models that predict how a part will perform in real life are still just simulations. “I want to build something, try it, and if I don’t like it, make another one,” Mr. Keselowski said.

The advantage that turnaround gives racing teams can’t be overstated.

“We found some kind of new engineering advantage, and we need to build a part and get it on the racecar as soon as possible. Every day that goes by, we lose advantage,” he added.

Nowhere has this advantage been used to greater effect than in F1 racing. “Consider an F1 car as a prototype; nothing is fixed,” said Paul Monaghan, chief engineer for Red Bull’s F1 team. Teams can now customize parts to specific tracks and weather conditions, for instance dialing in a precise amount of downforce for a rear wing. The fraction of a second improvement it may provide matters. “Two-tenths of a second could be two slots on the starting grid order,” Mr. Monaghan said. “Ten laps in, you are two seconds clear.”

While printing specialized parts to support a team of four cars is practical, supplying 100,000 parts hasn’t been. Additive manufacturing has been too slow and the cost too high to be practical for mass production.

But companies like Volkswagen and Divergent Technologies say that is poised to change.

Divergent makes the $1.7 million Czinger 21C, which features a lightweight printed aluminum chassis. Though the company plans to produce 80 cars this year, the 21C is primarily a demonstration of the founder Kevin Czinger’s 3-D printing process, which he claims is 10 to 20 times faster than other printers. “That rate in the next few years will double again,” he said.

Mr. Czinger said he sped up printing partly by optimizing the process for a limited number of aluminum alloys. He said that Divergent had printed chassis parts that are being crash-tested by two top global car manufacturers, and will print 1,000 suspensions this year for use in a production car, which he declined to name. He said his printers had brought part costs below those for traditional manufacturing. “If you include the tooling or casting, you are actually going to have better economics now,” he said. “Otherwise there is no reason to do this.”

Volkswagen has planned to introduce 3-D printing gradually, starting with customized trim parts and progressing to chassis parts on production cars by 2023, ahead of an original estimate. “There are breakthrough developments in additive manufacturing,” Mr. Goede said.

One such breakthrough is a change in the printing process. Car parts have usually been made by laser “sintering,” which fuses layers of powder together. But an older technology called binder printing has been improved to produce durable metal parts faster than laser sintering can. Binder printers use glue to join the metal layers together. The completed part is then heated, burning off the glue and fusing the metal. In tests at VW, binder printing was fast and durable enough for mass production, Mr. Goede said.

Looking toward expected advances, VW estimates the speed of binder printing to surpass sintering by 60 times in the next two to five years. The company is crash-testing the vertical windscreen pillar known as the A-pillar for the T-Roc convertible that may appear on future models.

But it’s not game over for traditional manufacturing. There are still challenges to additive manufacturing, like ensuring quality control. For instance, is a part reliable if there is a momentary fluctuation in laser power? How much of a fluctuation is OK? Standards and test methods have to be developed, which is difficult because 3-D printing is rapidly evolving and it’s hard for test methodology to keep up.

“As far as anyone can see, there will still be a need for conventional manufacturing when it comes to parts like a car hood,” said Tim Weber, HP’s global 3-D chief. “Creating a very large, very thin and very smooth part will be difficult with additive manufacturing.”

Even VW’s ambitious plans concede the need for conventional manufacturing. “Our strategy is there will be no complete elimination,” Mr. Goede said. “There will be no entire 3-D body in the future.”

McDonald’s: Happy Meal major changes as plastic toys are replaced with this

EU approves half a trillion in virus stimulus...

The Pandemic Has Accelerated Demands for a More...

The Pandemic Has Slowed the Divorce Process. Here’s...