2021 Is The Year We Turn A Corner On Climate Action 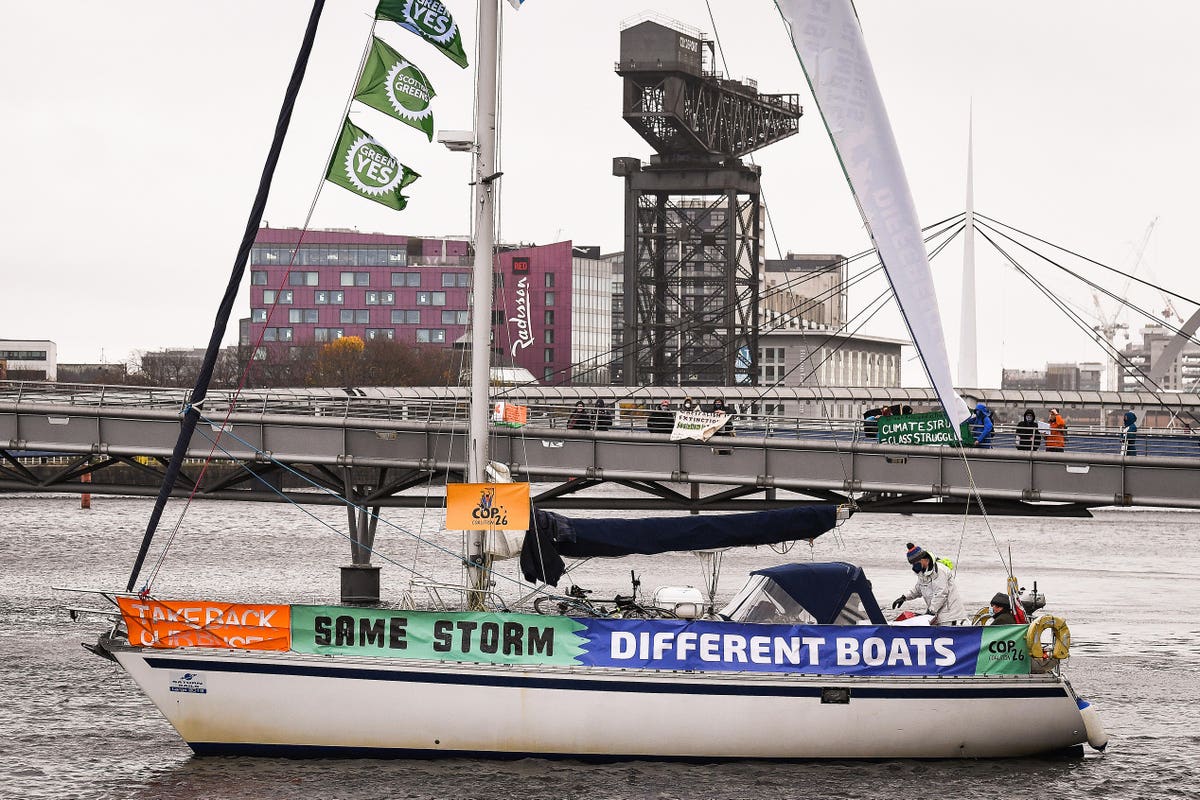 The UN’s secretary-general, Antonio Guterres, opened the last climate talks in 2019 by saying the world was “at a critical juncture in our collective efforts to limit dangerous global heating.” Last year, the now postponed COP26 summit was billed as humanity’s “last chance” to tackle the crisis.

The truth in these statements is stark. The more we delay action, the more rising emissions make it much harder to limit temperatures to safe levels. It’s simple maths.

We haven’t passed the point of no return yet. Even if we had, the shift to a zero-carbon economy would still be economically inevitable. The next 12 months will determine what that transition looks like, whether we embrace change, securing the move to clean energy and decisively turn a corner in the fight against climate change; or, take a meandering route that could be more expensive both economically and environmentally in the long run.

As Europe seeks to recover from coronavirus, the promises made on a green recovery need to be borne out with new policies and major zero-carbon investments. The latest European Union coronavirus recovery package, combined with its new long-term budget, amounts to €1.8 trillion, 30% of which has been ringfenced to fight climate change. We should start to see the fruits of this labour over the coming months, especially as we turn the tide on the virus.

The pandemic has turbocharged the climate movement in Europe, leading to bigger and bolder commitments from national governments. At the back end of 2020, we saw a rush of clean energy and climate plans from the UK. A long-awaited energy white paper outlined how the government aims to put the country firmly on course to reach net-zero emissions by 2050. This came shortly after Prime Minister Boris Johnson’s ‘Ten Point Plan for a Green Industrial Revolution’.

This plan is an important first step which promises £12 billion of public investment into green technologies, with a view to leverage three times this amount from the private sector. There are further headline grabbing proposals, such as bringing forward the ban on fossil fuel cars to 2030; a quadrupling of offshore wind capacity; and the promised creation of 250,000 new green jobs.

These ideas are all sounding the right notes, but it’s unclear if this commitment is shared across government. Despite the pledges, a new deep coal mine was recently approved in north-west England, the first in 30 years. It’s difficult to reconcile this decision, made locally, with any serious move to eliminate carbon emissions. It’s clear that every government department needs to have net-zero as one of its core principles, guiding all policy decisions and spending. We’re not there yet, but setting net-zero targets into law will keep politicians focused on zero carbon.

Last month was the 5th anniversary of the Paris climate accord, and the UN hosted an ‘ambition summit’ to maintain momentum. 75 leaders from all continents outlined new commitments, with 24 countries announcing new targets, strategies or plans to reach carbon neutrality. Where the UK has led on setting a firm net-zero date, others have followed. New deadlines were confirmed by Finland (2035); Austria (2040); and Sweden (2045) on emissions reduction. And the EU set itself a new target to cut emissions across the bloc by 55% by 2030, up from the current ambition of 40%.

This sets the mood music for this year’s COP26 summit in Glasgow. There is every reason to think the event will be a success: a new US administration eager to make up for lost ground, and the UK aiming to prove its leadership credentials post-Brexit. The election of Joe Biden as US president is a turning point for the talks, and its impact is already being felt in the UK. The current head of COP26, Alok Sharma, is now working full-time on the role, giving up his senior government job as business secretary to do so.

Before the event was postponed last year, the UK was behind schedule. There was confusion around who would lead the talks and if enough behind-the-scenes diplomatic work had been done. When COP26 finally takes place in November, there can be no excuses with over two years for the government to get things right.

Time isn’t on our side. The latest data shows 2020 was tied with 2016 for the warmest year on record. But we don’t need to hold out hope that in 10 months’ time world leaders will turn a corner. UN climate summits should be forums to accelerate action already taking place. Existing green recovery commitments should be fast-tracked, providing the impetus and inspiration to wavering nations in November. Policymakers, businesses, and consumers all have a role to play. Those who haven’t started already will be left behind.

Barbara Weisberger, a Force in American Ballet, Dies at 94

Adolfo Quiñones, an Early Star of Street Dance, Dies at 65

Will Oil Prices Recover Or Soar?

Airports shift their focus to air cargo to...

What is the Future of Offices When Workers...

Nuclear Propulsion To Be A Key Part Of...

Should Business Executives Who Enabled the Capitol Riots...